by THE HAPPY DOLLS 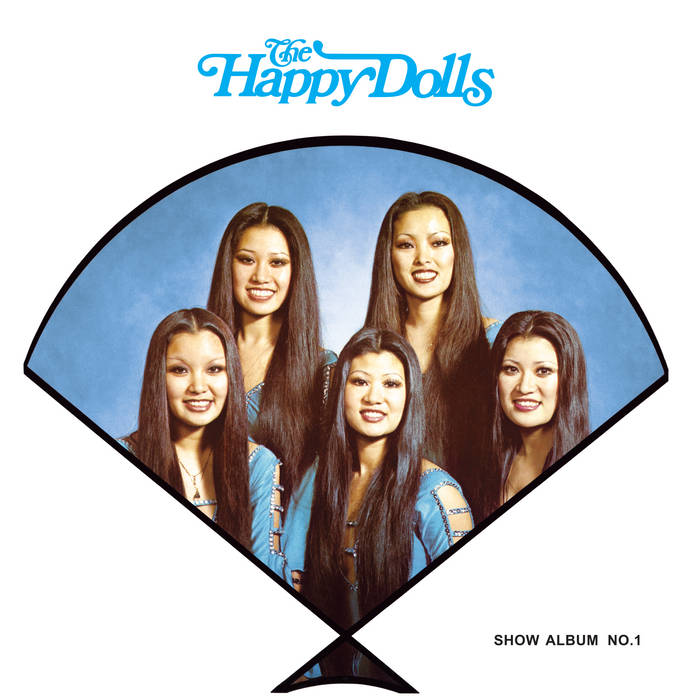 (liner notes by DJ Soulscape, 360 sounds)
True to the title 'Show Album No. 1', the tracks comprise a repertoire one would expect of a show stage. However, these tracks are much more than a mere ‘record of activity’ done in between their many show performances. The quality of the recording and consistency of production are top-notch throughout the album, while the details and the dynamics in the music itself rival that of the best Korean bands. Producer Yu-Chil-wang recalls of the album, “..it wasn’t a hack job – we brought out the most we could with the bare minimum of 5 people working with a talented music director and producer.

'Hello Dolly' kicks off the album, with mock Louis Armstrong vocals showcasing the Dolls’ clout as a show band. The only track with Nami (noted on the back of album as Ogie Kim) on vocals (since all members sang vocals while playing instruments), ‘Misty Blue’ is a classic number by Missippi soul legend Dorothy Moore. Her voice here is far removed from the familiar trademark nasal tone of the later Nami era, and is much closer to that of a traditional soul singer. The only ‘gayo’ track on the album is Shin Joong-hyun’s ‘Bom-bi’ (sung by Jee Kim), and is played more subtly with a more spacious feel. ‘Shake Your Booty’ (KC And the Sunshine Band) covers what was surely one of the hottest disco tracks at the time. The reason this album should be considered an important record in Korean band history can be found in the two funk numbers: ‘Pick Up the Pieces’ (Average White Band) and ‘Funky Stuff’ (Kool And the Gang). On these tracks the band’s rhythm section lays down tight grooves that would not sound out of place anywhere – this is probably the closest a Korean band has ever come to nailing genuine funk. ‘Funky Stuff’, featuring an uncanny clavinet and a brass section whose dynamic is filled out by the 5-piece band, is already a sought-after find among DJ’s and collectors. Then there’s the tour de force track ‘Drum Solo’ by drummer Boonie Kim, which is exactly what it says it is. It’s hard to imagine, with a drummer of average confidence, thinking to include a drum solo track all by itself. But the track works beautifully – precision timekeeping, nuanced strokes, and shifting beat progressions are all in there. This track, along with stories of how Dolls would take the stage with the Korean flag fixed to the kick drum, will be remembered as one of this album’s legendary moments.

Although belatedly, this album demands recognition because it was the result of a completely different production concept and level of musicianship compared to that found in the domestic ‘gayo’ market at the time. It’s value can be summed up in producer Yu-Chil-wang’s words: “One thing’s for sure – nobody can make a record like this with a 5 piece girl group. “If you’re still not convinced, just pay a visit to the Museum of Canadian Music website. This album can be found under ‘rarest Canadian music, top 1000 Canadian albums of all time.

Released by COBRA ROSE Records,
a division of BEATBALL MUSIC GROUP.
Made under license from CHIL WANG YU(C.W.Y. Productions.